The Domestic Homicide Review into Alice’s murder has been released and is available on the Gateshead Community Safety Board website. 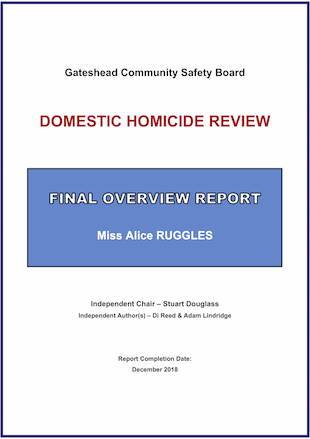 The primary aim of a Domestic Homicide Review is to identify lessons that need to be learned in order to help prevent a similar incident from happening again in the future. Most are anonymised but the significant press and TV coverage would have rendered it pointless in this case, so the report uses Alice’s real name.

Alice’s DHR recounts her story in detail, piecing together a chronological narrative from the testimonies of Alice’s family, friends, and work colleagues, input from the various professional agencies involved, and information gleaned from some of the media documentaries (which, for example, showed footage of police interviews with the perpetrator).

The Review examines the actions of various agencies, and particularly the police and army, coming up with 32 key findings that include the following:

The DHR concludes with twenty recommendations aimed at national, regional and local bodies. In their foreword to the review, Alice’s parents Clive and Sue express their support for all these recommendations, feeling that they help to address some of the key issues that they believe would have made a difference in Alice’s case. Among the recommendations are:

“Alice died in tragic circumstances and it is important to us that her story is not forgotten. It is equally important that failings are acknowledged, lessons learned, and improvements made so that if similar situations arise in the future they may have better outcomes.

“We are heartened by the attention to detail in this report and the range of recommendations it makes. We are also encouraged that in the two and half years since Alice's murder many of the issues raised are already being addressed: for example, many police forces have stopped using PINs, and have begun to train specialists and front-line officers in recognising and dealing with stalking cases.

“We hope that the Army will now realise that they have an important part to play when one of their soldiers is accused of criminal behaviour against a civilian and, like other agencies, will proceed to learn lessons from Alice's case.”

Working for the future

We need improved procedures to recognise the various sequences of events that constitute stalking, to deal with them robustly through the criminal justice system, and to manage the risks as effectively as possible using multi-agency approaches. Many of the agencies involved in Alce’s DHR—including the Home Office, police, CPS, judiciary, probation service, and British Forces Germany—have already taken action and have involved the Alice Ruggles Trust in their training and CPD programmes.

There is much work still to be done and the Trust is committed to working further with all of these agencies—and also, we hope, with the British Army, in the future.

Perhaps most important of all, and therefore the long-term aim of the Trust, is to raise public awareness, particularly among young people, of the seriousness and dangers of coercive control and stalking. 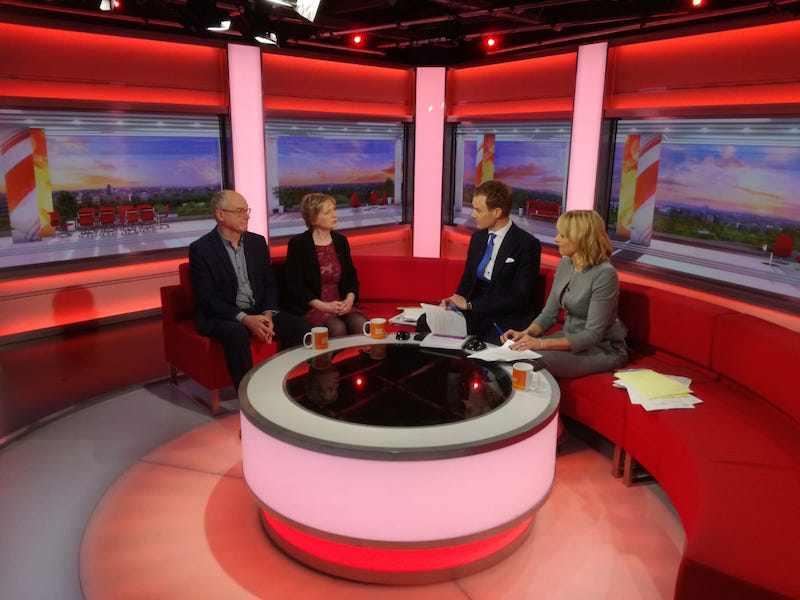