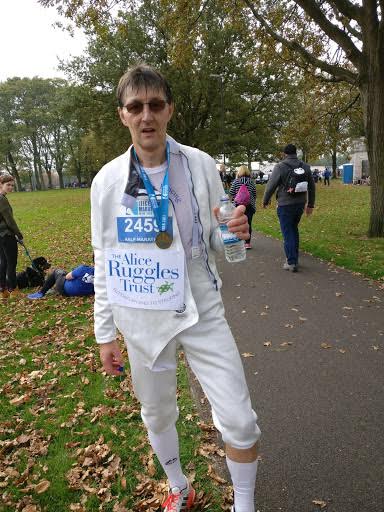 Paul, who coached Alice when she was in the East Midlands Cadet Squad, raised £475 for the Suzy Lamplugh Trust's National Stalking Helpline appeal in Alice's name.

Alice was a keen epeeist and on December 16 the University of Leicester hosted the Alice Ruggles Memorial Fencing competition. 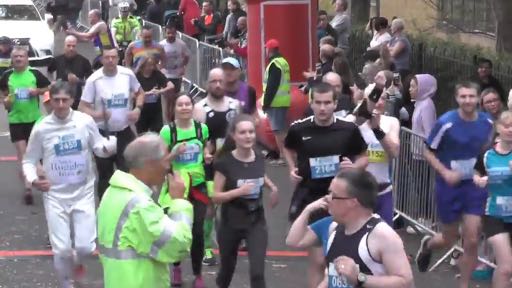 As Paul explains on his fundraising page: “Ever since I was a young police constable and had to deal with a stalker, I simply could not understand how one human being felt they had the right to control another.

“I was a fencing coach with the East Midlands Cadet Squad whilst Alice was there, as she was a contemporary of my children. Alice was a sweet girl constantly with a smile on her face. Her murder was real shock and I don't want that to happen to any other family.

“The Suzy Lamplugh Trust raises money to combat domestic violence and stalking and for the police to take reports more seriously at an earlier stage.”

After completing the half-marathon, Paul said: “Running in fencing kit caused quite a stir and started a number of conversations about the cause along the route, which was part of the point! Knowing that a number of fantastic friends had contributed enough for me to raise about £20 per kilometre was a great incentive, and boy did I need that over the last 4km.

“The people of Leicester were fantastic and I heard a number of spectators saying Alice's name in an understanding way as I ran past. I'm so glad I did the run, even though I had vowed never to run that far in my life again.” 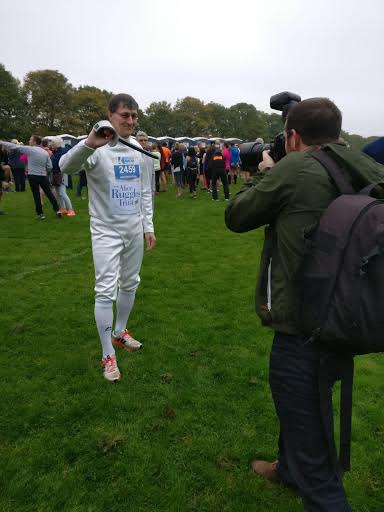 In December 2017, the University of Leicester Fencing Club hosted the Alice Ruggles Memorial Fencing Competition in her honour.