Alice's mum Sue not only completed the 2017 Great North Run in an impressive time—2 hours 30 minutes—but also raised over £10,000 for Women's Aid, a favoured charity of Alice's. 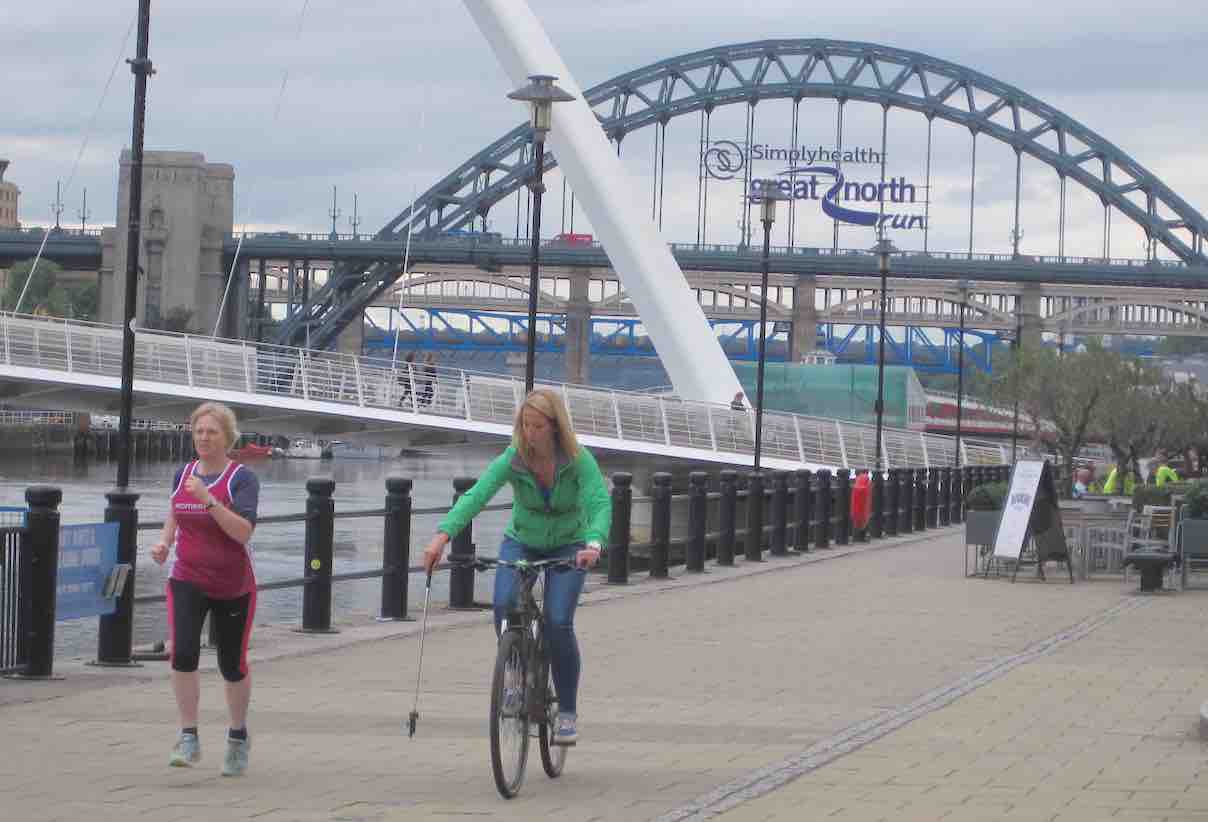 On the banks of the Tyne two weeks before the event, being interviewed by Alison Freeman of BBC Look North for the local news 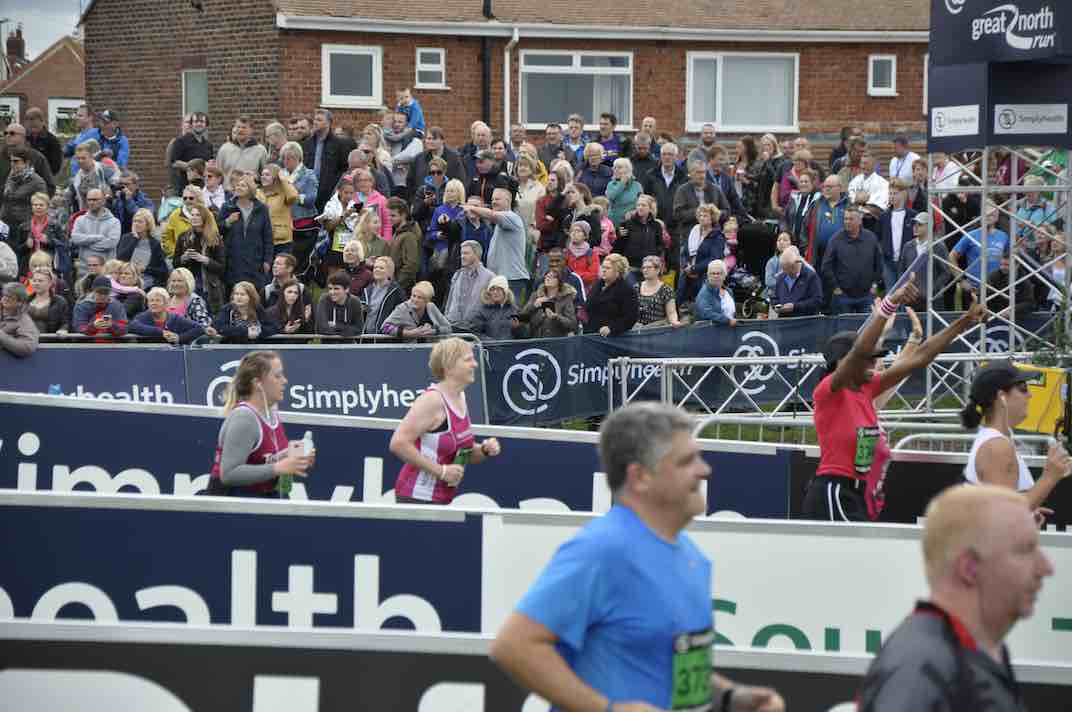 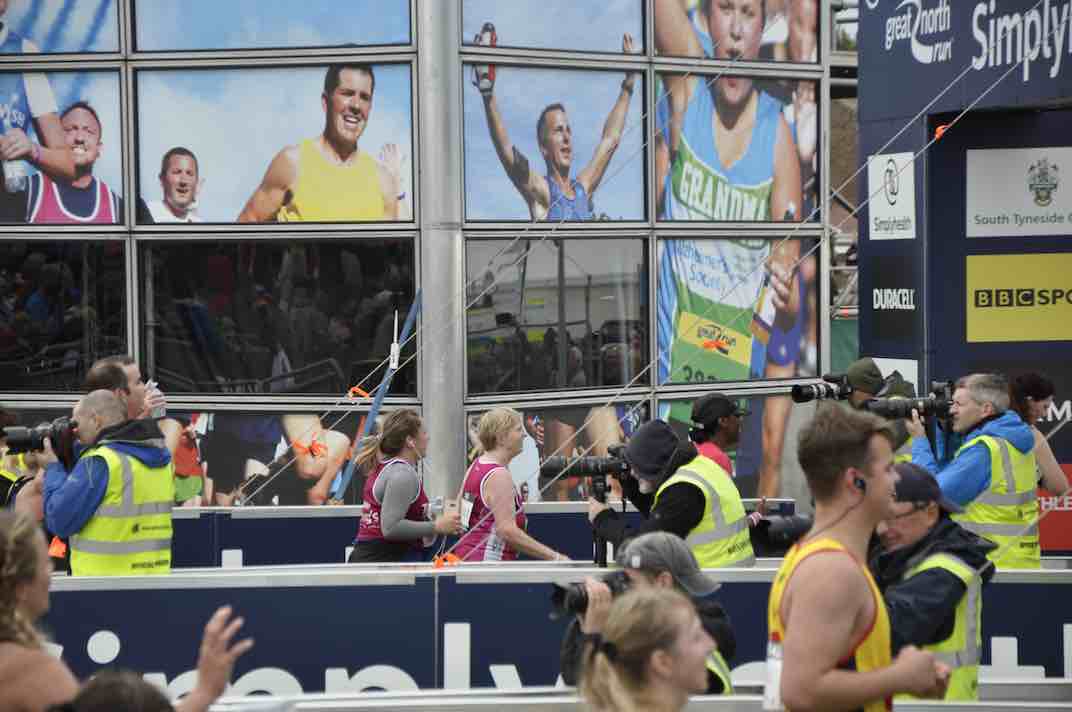 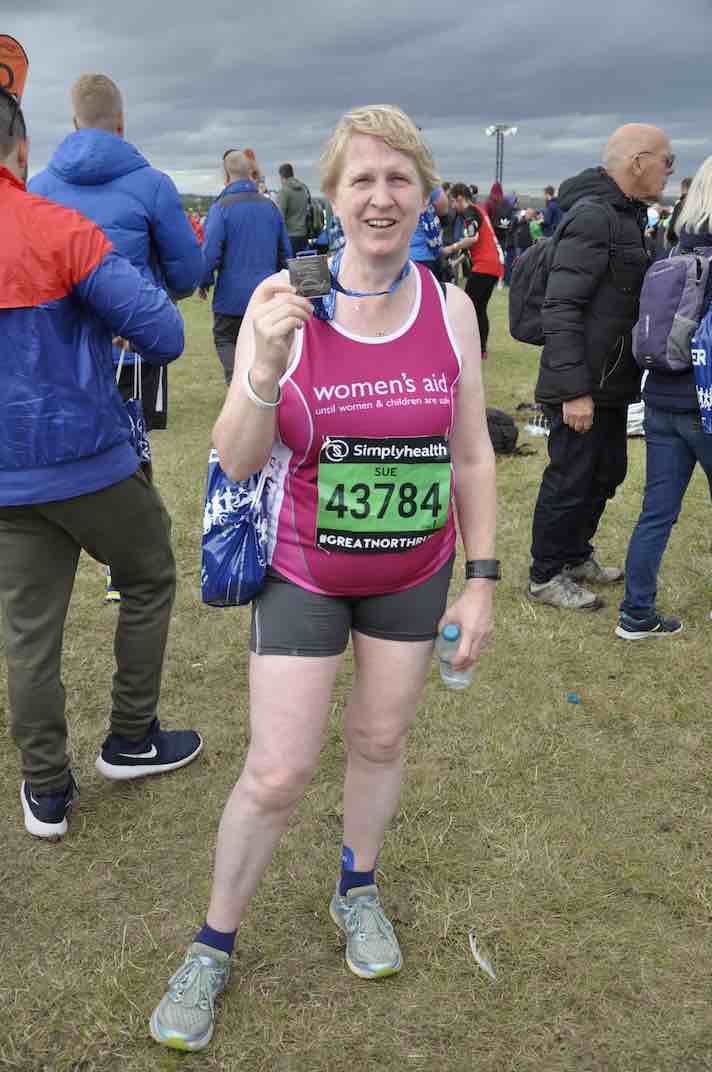 Sue proudly displays her medal after completing the run 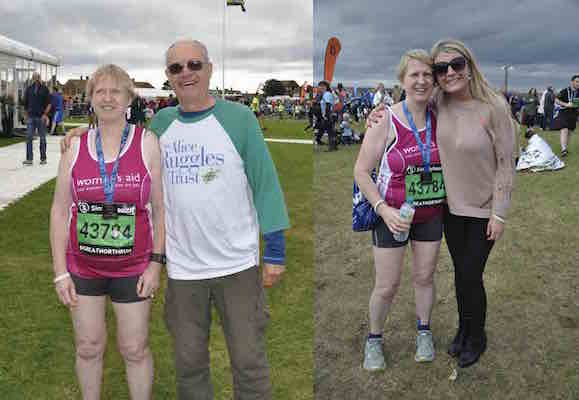 …and poses for pictures with husband Clive and Alice's friend Maxine. While cheering Sue on at the finish line, Clive and Maxine agreed a pact to both take part in 2018 running for the Trust. They have now been joined by three others and … by Sue herself, who has decided to compete for a second time!