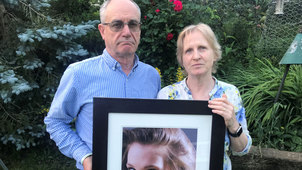 A powerful TV documentary telling Alice’s story has been broadcast in July 2018 as the first in a new true crime documentary series on 5 STAR TV.

Unlike “An Hour to Catch a Killer” broadcast on ITV the previous year, which focused on the police investigation following Alice’s death, this documentary tells the whole story of what happened to Alice and highlights the lessons that need to be learned, both by the police and other agencies but also by the general public.