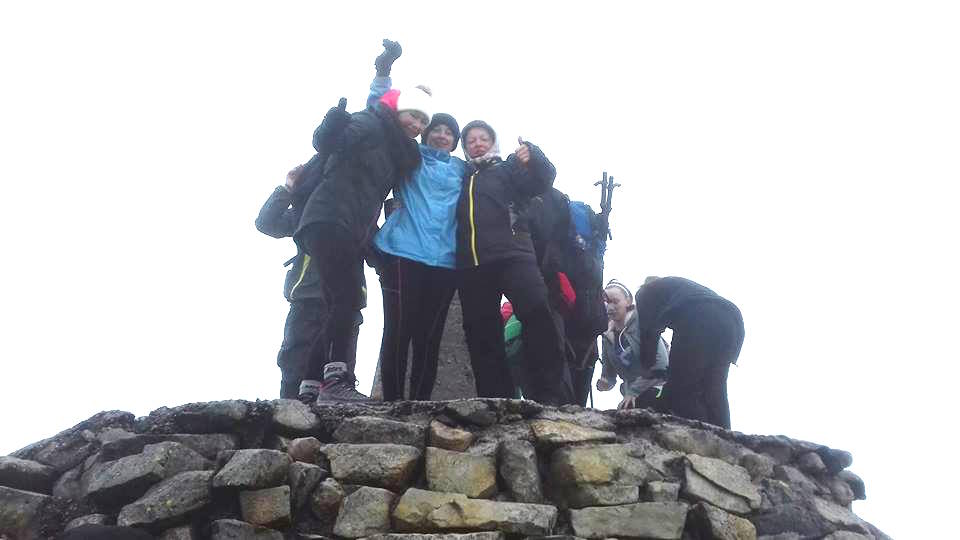 Alice's cousin Suzy Mather, who works at the Alexandra Hospital in Cheadle, Cheshire, wanted to raise money in Alice's name by doing something that would be both mentally and physically challenging. When approached by the charity team at work to join them walking up Ben Nevis, she knew that was it.

Suzy writes: “In the last 18 months I've spent a lot of time working with Bernardos and learning about the many aspects of domestic abuse and domestic violence through listening to not just the experiences of but also the daily struggles these women faced in their lives which included stalking and controlling behaviour.

“If Alice had had access to support services who were there not to just listen, but to understand and be able to provide sound advice then perhaps there might have been a different end to the story.

“The Stalking Helpline is something I believe can make a real difference to someone needing help and I hope that by sharing Alice's story through the fundraising campaign people are becoming more aware that the dangers are real and can happen to anyone.”

Donations in Alice's name can be made directly to the National Stalking Helpline Appeal, for which Suzy's ascent of Ben Nevis raised a wonderful £500.